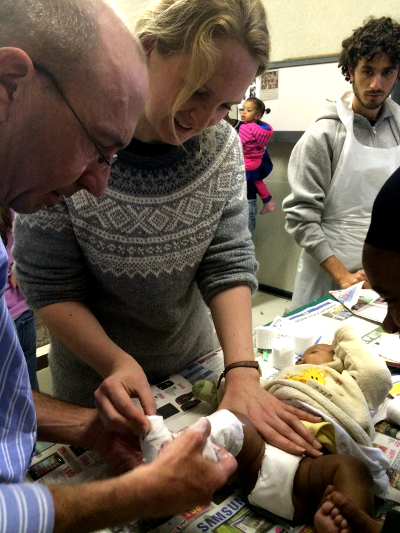 Author Brené Brown once said: “When we deny our stories, they define us. When we own our stories, we get to write a brave new ending.” The clubfoot story is a story of hope, inspiration and determination. The happy ending is the gift of mobility. That is what STEPS wanted to highlight in our birthday month, to give more children the chance to write their own story. But what happened behind the scenes of the campaign?

The idea of a clubfoot story campaign was born in a meeting with social enterprise consultant Marcus Coetzee and Catherine Taylor from BackaBuddy early in 2015, brainstorming how STEPS could raise awareness and reach out to more people with their message of hope.

I, Anna, came to STEPS at the beginning of June, to work with them as part of a study in Social Entrepreneurship back in Norway. I had previously done some projects on digital storytelling and was excited about helping create a kind of story movement to raise awareness about clubfoot. Like many others, I had not heard of clubfoot – or STEPS – before I came to South Africa. Learning more about it and the Ponseti treatment made me realise how important it is to spread the message that clubfoot is treatable, and the huge difference an effective treatment can make in a child’s life.

I was intrigued by the ripple effect an increased awareness might have. For so many people, a birth defect like clubfoot has a great stigma attached to it. Sharing the many stories out there could create a ‘clubfoot discourse’, which would help eliminate the stigma by highlighting the normality of clubfoot and the positive outcome when it gets effectively treated.

The first goal was for people to take ownership of the campaign. The stories needed to be told from the people experiencing them, not by us. We knew that parents of children born with clubfoot are an amazingly active group. Dr. Ponseti himself explained that parents were a main reason for the Ponseti method being used more widely as they proactively spread the word about the successful treatment.

We decided to focus on our social media platforms, where so many parents support and help each other through the process of clubfoot treatment. However it was important to do what we could to reach out to people who didn’t have access to internet, and hence social media, too. 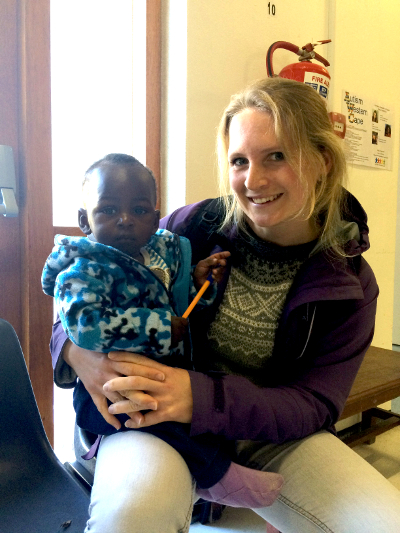 We needed to get the message across in a way that was quick and easy to grasp, so I put together a video which we launched on 1 July, anxious to see how it would be received.

After the first week the video had been watched more than 300 times and the first stories were coming in – people were taking ownership! Four weeks later, there had been 86 posts on STEPS’ Facebook page
with 2453 likes, comments and shares, 499 views on YouTube, 1000 more likes on STEPS’ Facebook page, 29 new followers on Twitter, 15 new followers on Instagram – but, most importantly, 50 amazing clubfoot stories both from clinics and social media had been told and shared, creating a discourse and community amongst those affected and those around them.

By talking to parents at the clubfoot clinics, we were able to raise the voices of those who perhaps struggle the most with stigma around clubfoot and disability in their communities, reminding us that STEPS’ work is far from done, and that more stories need to be told and shared. Stories like Sharron’s:

“In our community nobody talks about clubfoot and most people don’t know what it is or that it is treatable. There are also older children walking around with untreated clubfoot. The hardest thing for me is that we live so far from the clinic, and that I don’t have any support back home. All I want is for my child to walk.” – Sharron Messent.

With this, STEPS would like to THANK YOU all for telling and sharing clubfoot stories. Without you, there would not have been a campaign at all. Thanks to you, more parents can own their story of clubfoot with pride and more children can write their own story of hope.

There is still a chance to #StepUp4STEPS by contributing to STEPS’ work in giving more children effective treatment so they can walk and run and play.