The dedication and tenacity of our clubfoot champions often blows us away. Dr Debra Carneol, a Steps supporter and dentist from Iowa, USA, completed the grueling 777 World Marathon and, in doing so, raised enough funds to donate 2 000 clubfoot braces from Clubfoot Solutions to support the Steps clubfoot clinic programme in eight provinces. The clubfoot brace is a vital part of the Ponseti treatment and Debra’s campaign has ensured that many more kids will be able to run, play with their friends and go to school.

The 777 World Marathon is an ambitious undertaking involving seven marathons on seven continents in seven days. The 55 runners who took part in this annual event were only in each country for between 11 and 14 hours – it was a case of run, fly, repeat!

Debra ran races in Antarctica, Cape Town, Perth, Dubai, Lisbon, Cartagena, and Miami, finishing each race in under six hours, and two in under five hours. 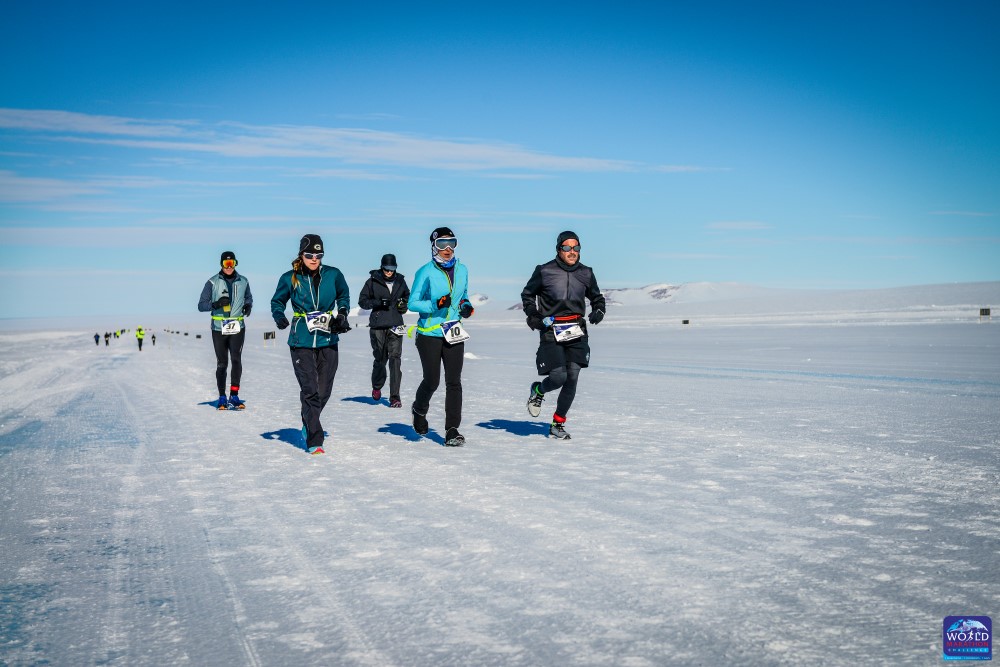 We couldn’t wait to ask her about this incredible feat and what it meant to her.

Steps: How did you get involved with the 777 World Marathon?

Debra: I was contacted by a long-time family friend, David Samson, who invited me to join him and 14 other people to run in the challenge.

S: What led you to running the marathon for clubfoot?

D: I have a friend who recently got involved with Clubfoot Solutions in Cedar Rapids, Iowa.  I told him that I was going to do the challenge and he suggested running for the kids. I of course jumped on board right away after learning more about the Iowa Brace. It seemed appropriate that Dr. Ponseti was involved at the University of Iowa and I am an Iowa Grad. I was trading braces for teeth… to braces for feet. [Debra is a dentist]

S: What did you know about clubfoot before getting involved with running this marathon?

D: I only knew of Dr. Ponseti because he was involved with the University of Iowa Hospital. I had heard of the brace before.

S: What was training for such a massive undertaking like?

D: It was very time consuming.  I arranged my work schedule and family time around the runs.

S: Tell us about running seven marathons on seven continents in seven days.

D: It was truly an amazing experience.  I had so much support from my running mates that without them, I’m not sure if I could have done it.

The first two marathons went rather well, my body wasn’t feeling too bad.  The third marathon, I could start to tell that my leg muscles were getting fatigued.  By number four, I was hitting both a mental and physical wall, so to speak.  It was really tough to get the legs off the ground in Dubai. Number five in Lisbon was another tough one.  It was colder and it had rained for several hours before the marathon which made the cobblestones even more difficult to run on. It definitely wasn’t your ideal running surface.  This race was also more mental than physical… and with the help of team mates and other runners, I got a second wind and finished the last eight miles strong. Then it was on to Columbia hopefully for some dry, hot weather! 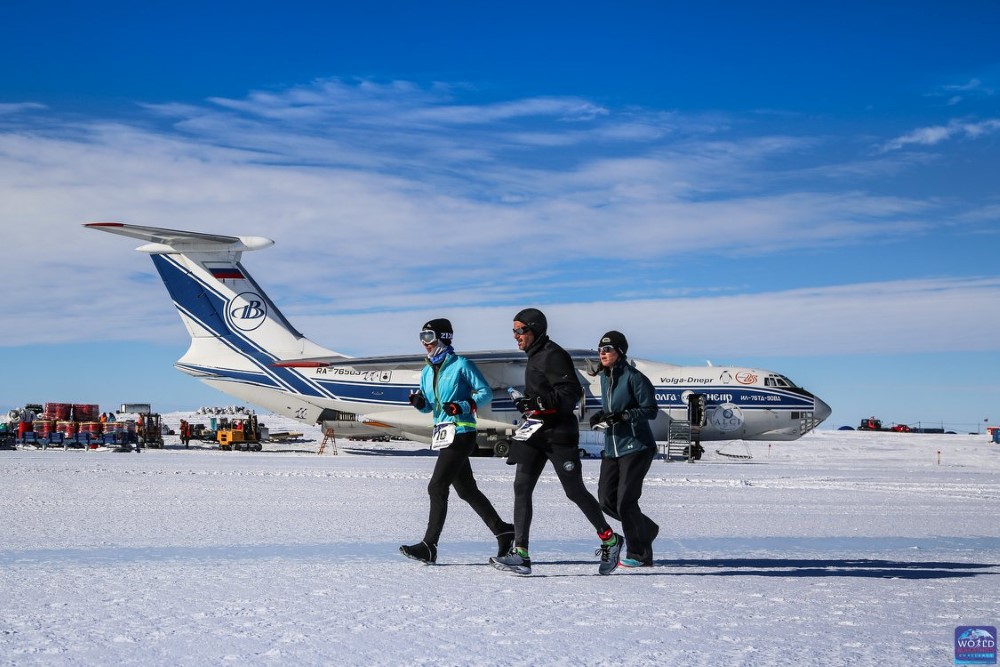 Number six in Cartagena was warm and my muscles liked that!  My legs started to loosen up again and it was a pretty fun run.  Number seven in Miami was the final race and was pretty emotional, both from the point of being done, and from being physically exhausted and realising that this adventure was coming to an end. 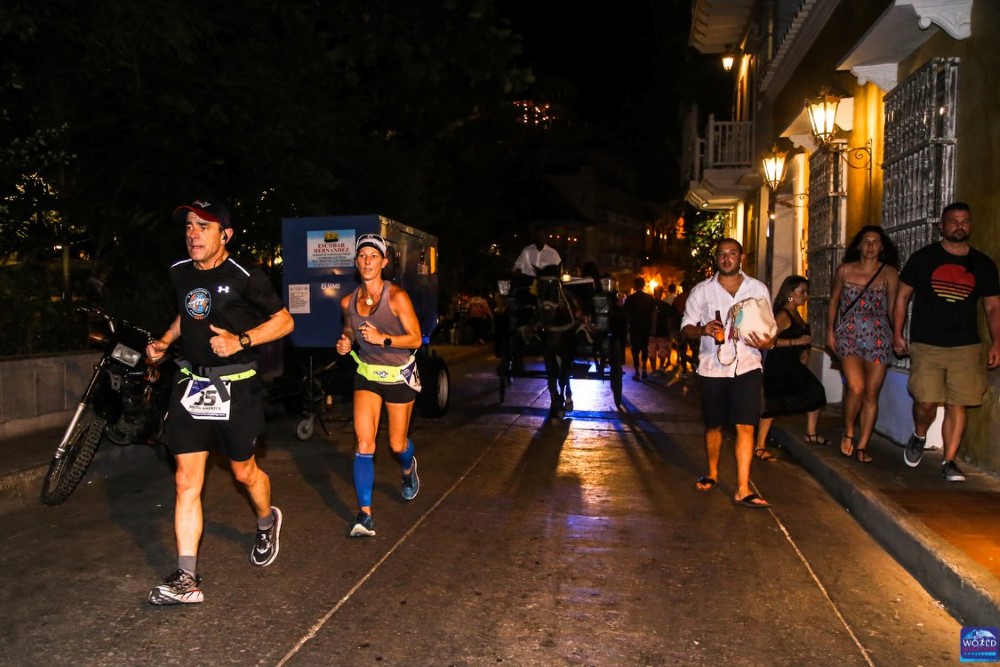 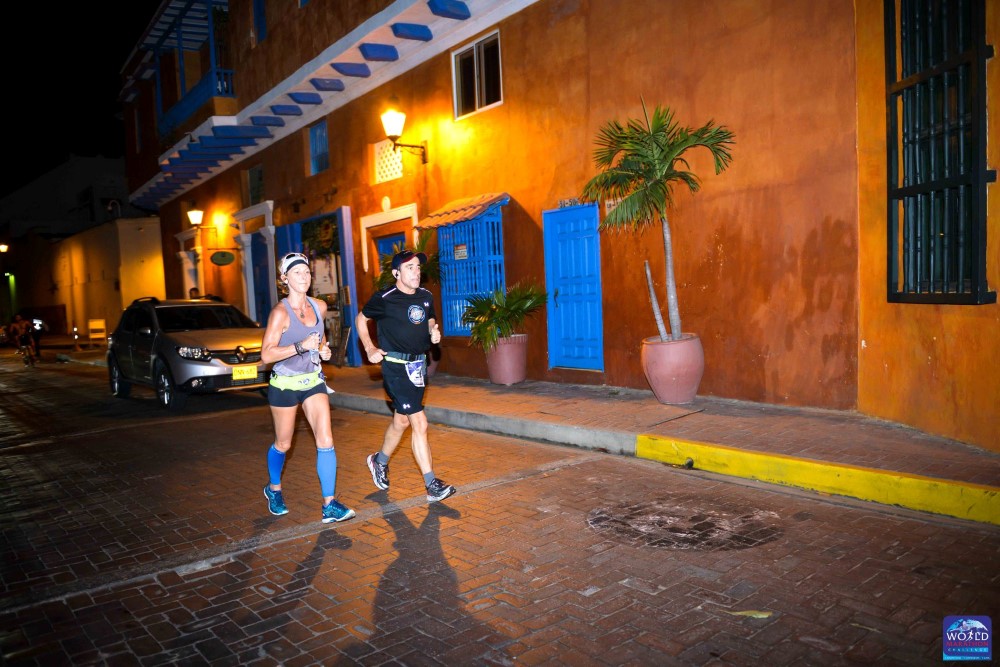 S: Any plans for future events of this scale?

D: Not at this time. I’ve not been running as much, but still planning on doing marathons here and there.  Something big… you never know!

S: Your efforts will see 2000 braces donated to clubfoot children in Southern Africa, an amazing effort. How does this make you feel?

D: It’s beyond words! The kids are who matter, and I was so elated to help get them the braces that they needed.  It will really make a difference in their lives, they all deserve to be happy and healthy.  Friends, family and people I didn’t even know gave me and clubfoot solutions such amazing support, I will forever be grateful for all their generous donations.

Thank you to Doctor Deb and Clubfoot Solutions for the generous support!