We are delighted to announce that Charne Felix is a Clubfoot Champion, Charne Felix. Charne, who was born with clubfoot is talented athlete. She competed in the 2019 Toyota National Championships, wearing Steps gear. Charne did brilliantly. She broke her T44 SA record in long jump that she had set at the National Championship in 2018 and also broke the T44 SA record and African record in the 100m sprint.

As someone born with clubfoot who is now competing to be a champion athlete, Charne is passionate about creating awareness for a cause that very personal to her, to help spread the message that clubfoot can be treated!

We sat down with Charne for a quick Q&A. 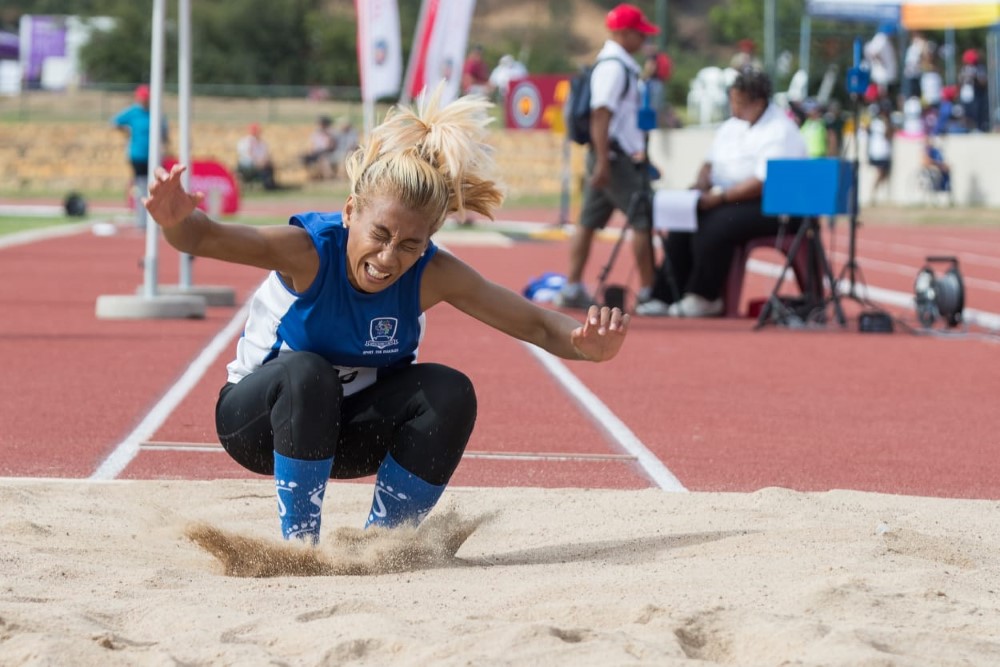 1. You were born with clubfoot. Tell us a bit about your clubfoot journey?

I was born with a unilateral clubfoot and underwent numerous surgeries. I had my first surgery at a day old and wore a cast up to my hip. After the surgery I was put in boots and later wore Pronator Boots every day up until I was five years old. My mom was advised not to have me do any sport, which she ignored and sent me to ballet school, hoping to strengthen the weaker foot.

I’ve always done athletics and I played hockey. Despite having surgeries throughout my childhood, once the casts were off I’d go back to sport. It was difficult doing ballet and athletics with limited to no dorsiflexion and not being able to do certain things like a certain ballet position or running out of the athletics starting blocks caused a lot of frustration. The fact that my one calf was bigger than the other brought about a lot of shame where I hid my leg with my school blazer throughout high school. Purchasing shoes was a nightmare and I always left the stores either crying or discouraged because the one foot is almost two sizes smaller than the other.

My mom kept the first cast, up until today and when I often felt discouraged, she’d take it out and say, ” You weren’t supposed to walk.. Is the type of shoe you want really that important?” It’s only during my marriage that I’ve been able to look past the “why did God make me this way”, to “God chose me because He felt I was able to handle the challenges that came with it”. That gives me more perspective and allows me to look past “self” and instead refocus on who else could be encouraged in a way that I wish I was.

2. How did you find out about Steps?

I read an article about a prominent ministry speaker, Joyce Meyer, opening a clubfoot clinic in Malawi, as kids born with clubfoot were considered cursed and therefore either amputated, or shunned. I then read about Steps and what Karen does and that’s where it all started.

3. A) What made you want to get involved with Steps?

B) And what excites you most about the partnership?

I was so excited to compete in some of my Steps clothing and it initiated so many questions about clubfoot with both media and athletes. Creating awareness – that’s what excites me. Eliminating the shame due to ignorance or being uninformed. I want to know more, learn more. The book Karen wrote inspired me the most. I teach and I love reading. I love how the book encourages children and parents. My current goal (with your help of course) is that I want to promote the purchasing of the book as much as I can.

4. You recently starred at the National Championships. Tell us about that and where to from here?

I competed at the Toyota National Championships 2019 representing the Western Cape. I am a member of the Maties Parasport Team, under the Cape Winelands Team.

I competed in the long jump and 100m sprint. Those are the only events I currently do. This has only been my second Para-sport Nationals so I’ve had to find my feet (excuse the pun) very quickly. Clubfoot is classified under T44, hence me being classified as a T44 athlete.

I have a wonderful coach, Raymond Julius, and we are waiting for this week’s official results to see where I stand regarding selection for World Champs at the end of the year and inevitably the SA team for 2020 Paralympics in Tokyo. 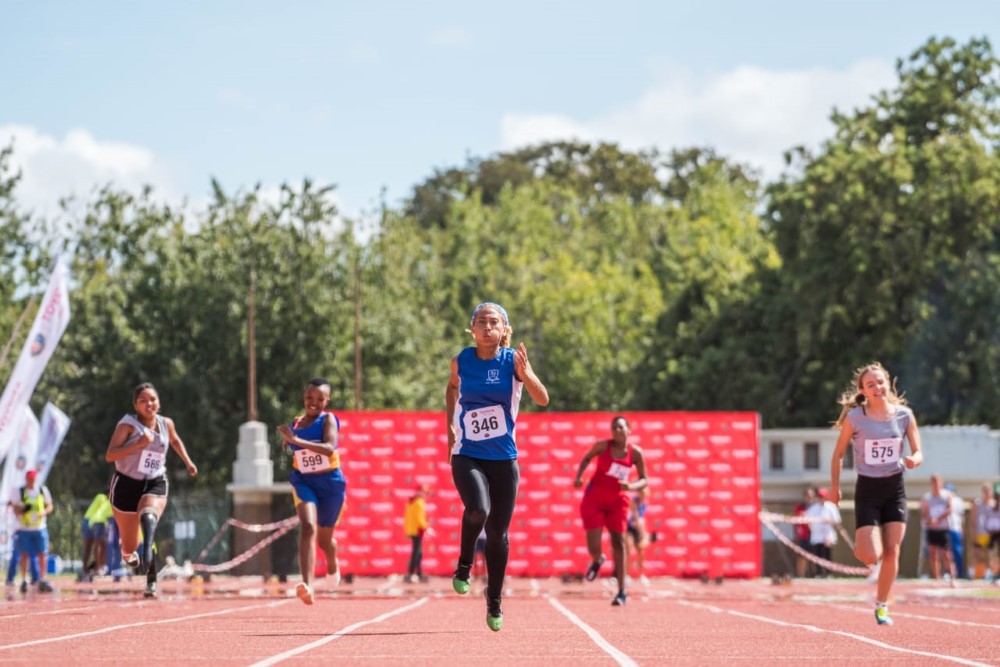