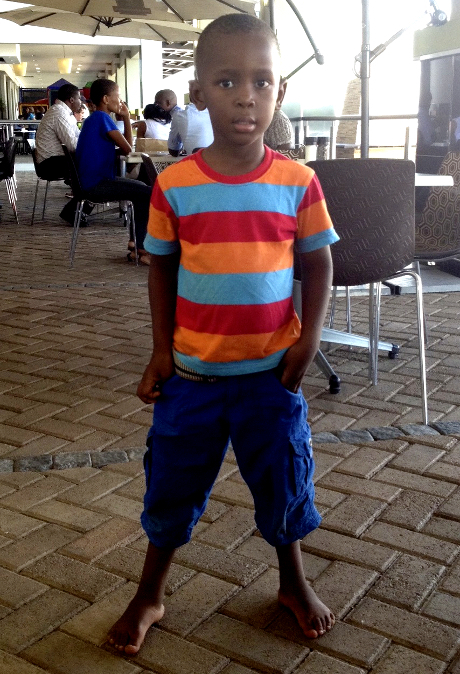 Lefika was born in Gaborone in 2008 with clubfoot. When he was four months old, he had an operation to correct it.

The operation was unsuccessful and two months later the doctor wanted to operate again, but his mom, Tshepang Seisa-Chilume, refused.

She went online to research clubfoot and found STEPS and Karen Moss. Karen referred her to a doctor in Johannesburg, Dr Mark Eltringham, who had been trained in the Ponseti method and had incorporated it into his private practice.

“Eventually we managed to gather enough resources to fly Lefika to Johannesburg every two weeks to get his feet treated,” Tshepang says.

“Needless to say Lefika’s treatment was a success and six years later he is a healthy and physically active boy.”

Lefika’s successful Ponseti treatment after the unsuccessful surgery he had endured inspired his mom to help other children.

Tshepang is a local clubfoot champion in Botswana, who has advised many other moms facing the same journey.

Tshepang is a co-founder and treasurer of STEPS Botswana Trust, and was part of the organising faculty for the first Botswana Ponseti training in 2013.