Craig’s mom is Alethea Malan. We met them at the weekly Monday Tygerberg Hospital clubfoot clinic just as Craig who was born with a clubfoot, was finishing with his series of casts. Alethea is a single mother who is mostly unemployed, but will do whatever work she can find to provide for herself and her son.

Alethea and her family’s commitment to Craig’s treatment is impressive. If she wasn’t able to take Craig to the weekly clinic, her mother or sister would take him, sometimes even walking from Delft to Tygerberg if there wasn’t money for taxi fare, which was often the case. 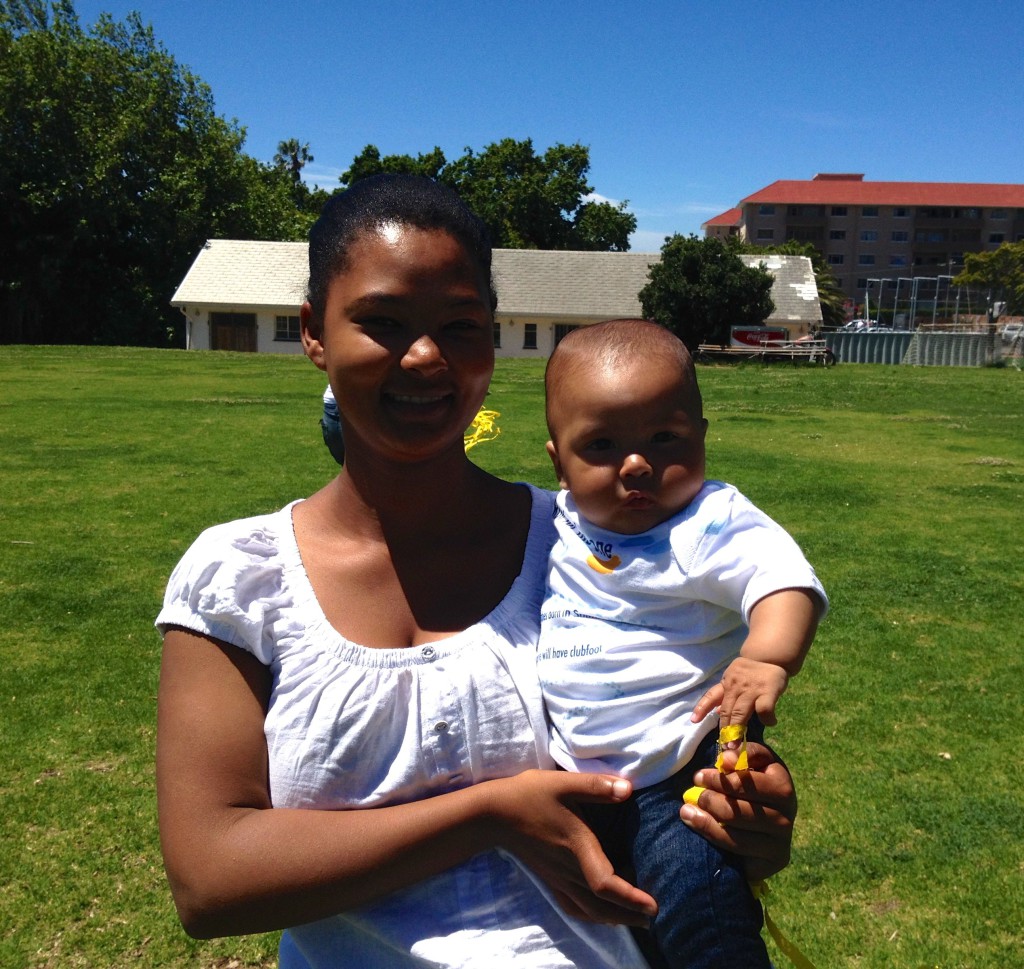 Alethea kept in contact, keeping us updated with Craig’s progress and if she had doubt about anything, she would ask our opinion and follow our advice and suggestions even if it meant taking Craig to the hospital. Craig’s foot started to turn in again because he didn’t tolerate the brace well. He had to undergo another series of casts and Alethea made sure he was there for each appointment and after a successful second set of casts, Craig is now in a different brace and doing very well.

STEPS is launching the Ponseti for Parents© parent adviser programme into partner clinics. We are training Alethea and also identifying other moms or clinic staff to be advisers to clubfoot families at weekly clubfoot clinics. Alethea’s determination and personal experience of having a baby with clubfoot will be an inspiration to other moms who are just starting out on the clubfoot journey.

Alethea is truly inspiring as she faced many obstacles and overcame them for her son’s benefit. She does everything possible to make sure Craig has the best start in life. Craig and Alethea’s story is a good example of how you do not have to walk alone and STEPS is here to support you, every step of the way.