Flore shares her story of having two boys born with clubfoot 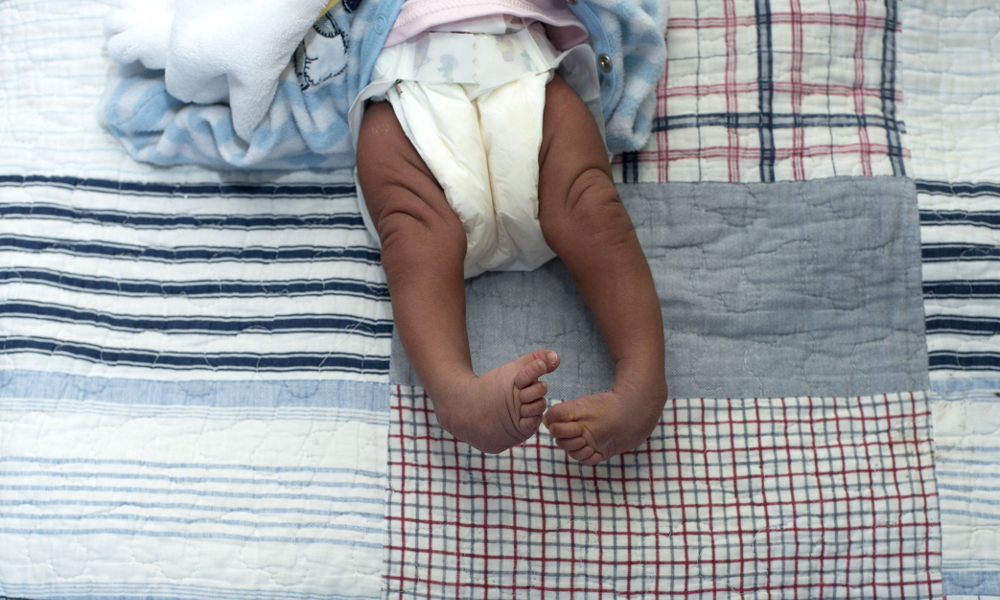 Blessing Woifo is a happy and outgoing boy who is starting to stand and will soon be walking. Blessing’s mom Flore said she only found out when he was born that he had clubfoot, but it was not her first experience with clubfoot.

Flore told us her story on Blessing’s first birthday.

“I am from Cameroon, and my firstborn son, Nelson, was born eight years ago also with clubfoot. It was very stressful for me and Nelson’s father, Simplice. Nelson was treated in Cameroon, and the first eight months were so hard.

“I was crying every day. People were laughing or teasing me and comparing my baby boy’s feet with theirs. The people in my village said I must accept it was God’s will, and that my Nelson would never walk. I was a young mother, twenty-three years old, and I felt so alone, that there was nobody to help me.

“The clinic told me to take Nelson to the big hospital for treatment. There they took x-rays and then put plaster casts on his legs up to the knee, which they said must be changed every two weeks. When I got home, my baby would cry all the time and the casts fell off. I could see no difference at all in his feet. I took him for massages with a physical therapist for three months, and that didn’t help either.

“Desperate for help, we moved back to my mother’s village where they used traditional medicine. They put splints on his legs and tried to push his feet back into position. It was so painful for me. All these casts and splints had damaged his feet. I thought I couldn’t continue anymore and I was losing hope for Nelson.

“When Nelson was eight months old, I was ready to give up and accept that it was God’s will that my son would never walk. Then somebody told me to take him to Bingo Hospital in Bafoussam, Cameroon. There they started with the Ponseti method of casting, which was a full-leg plaster cast and it didn’t fall off. I was so relieved. Nelson can walk well, although he still has a problem with one foot, walking on his toes.”

When Nelson was 18 months old, the family came to South Africa so Flore could pursue her studies. Flore’s study plans fell through and she is now an entrepreneur selling merchandise from her stand on the Grand Parade in Cape Town. 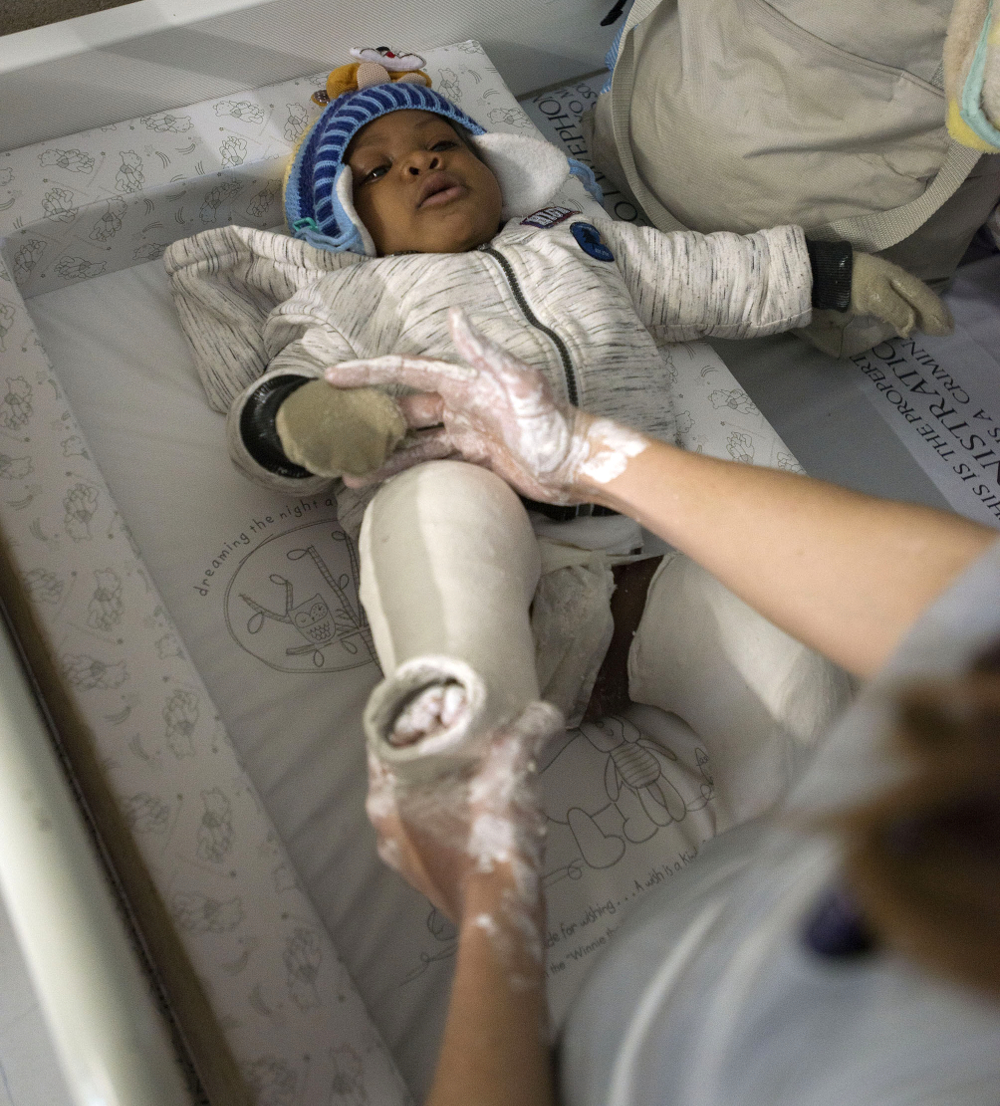 “I had an emergency Caesarian delivery, and while I was still recovering the first thing I asked Simplice was if our son’s feet were okay. I just didn’t want to go through it again, I was scared.

“Simplice said Blessing’s feet were fine and covered him in a blanket. A few hours later he told me that Blessing also had clubfoot. I was so upset. The doctor who delivered Blessing came to talk to us about clubfoot. She said we mustn’t be worried, and she explained that Blessing would be fine. She helped to book me an appointment at the clubfoot clinic for treatment.

“His first appointment was when he was a month old and it has been such a different experience. It was so difficult the first time around, but this time I wasn’t stressed. First of all, it was so much faster because Blessing’s feet were straight in a few weeks, and he now sleeps in his boots and bar at night.

“Also, we were given all the information by the doctors and the Steps parent adviser at the clinic. I knew what to expect, I have even spoken to another new mom who was worried and reassured her that her child would be fine. My advice to other parents is to get all the information you can. Since I went through that experience with Nelson, I research everything for my baby and learn what I can. I feel very positive now.

“The solution has been so simple. I see everything going well. I’m not worried anymore.” 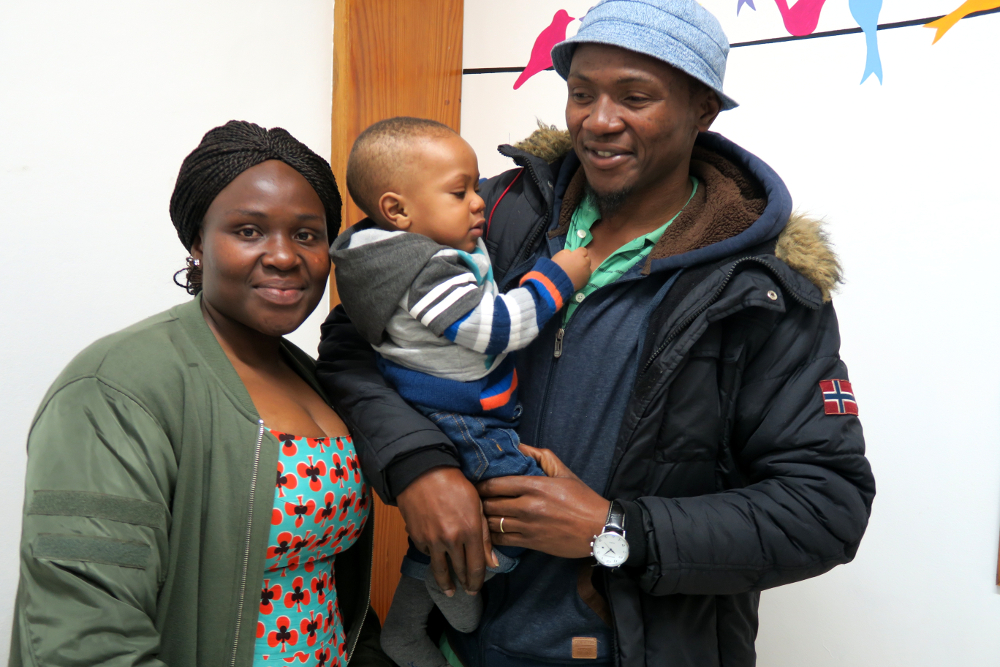 Blessing with his proud mom and dad. 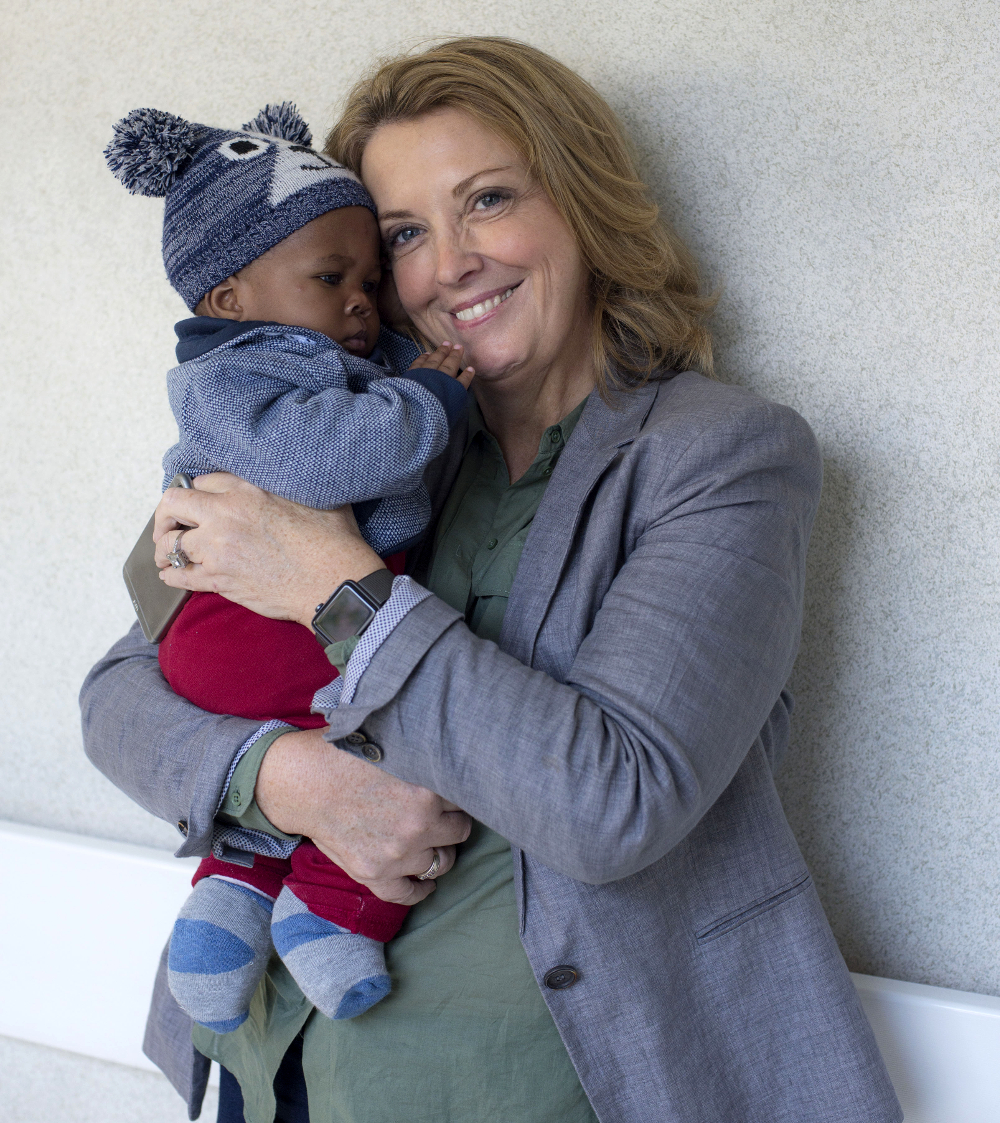 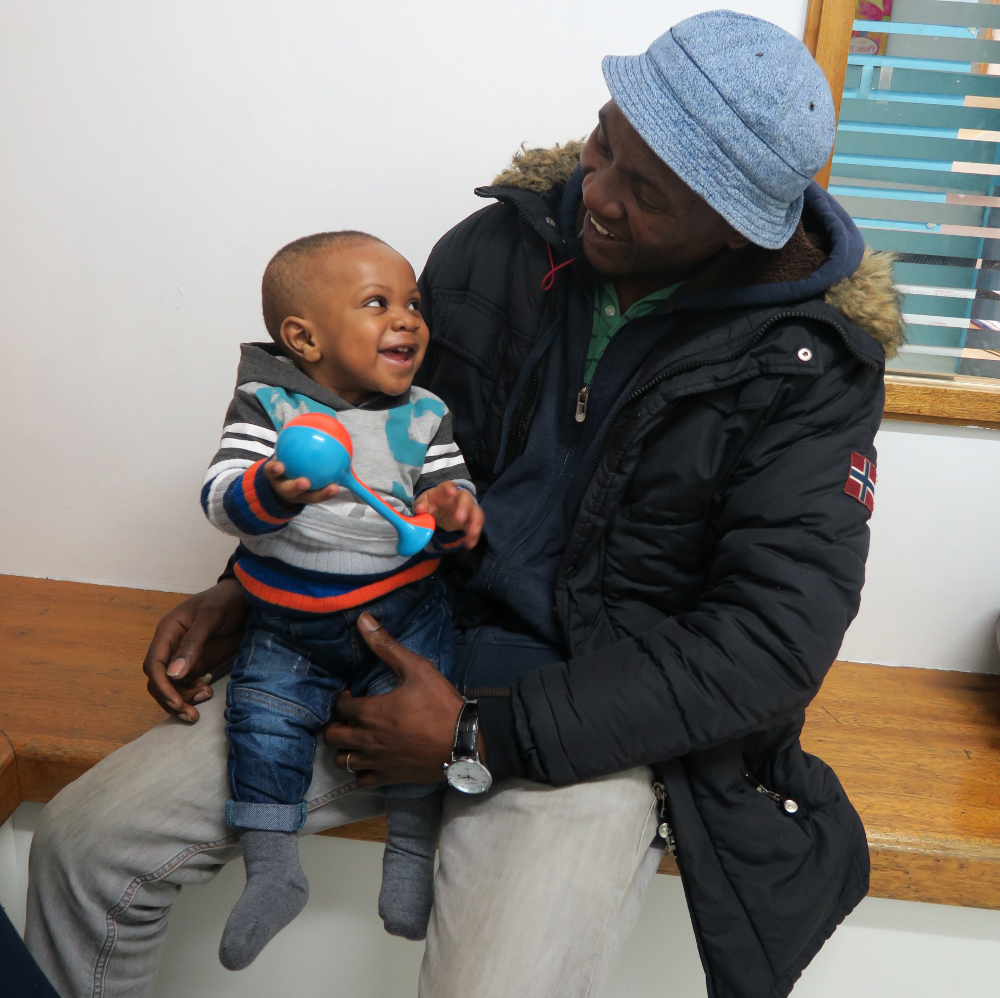 Blessing shares a laugh with his dad at the clubfoot clinic